One evening this past May we were surprised to find Ellinore with a dwarf hamster (phodopus) squirming in her hands on the way home from school. It seems that Jeremiah, who we know as JJ, lived under the dorm bed of one of Ellinore’s friends, a fugitive from dorm heads and others who might deprive a girl from her trusty rodent companion. Thankfully, and conveniently for him, our little crepuscular friend would be freed in the evenings when the coast was clear to clamber around on her bed. 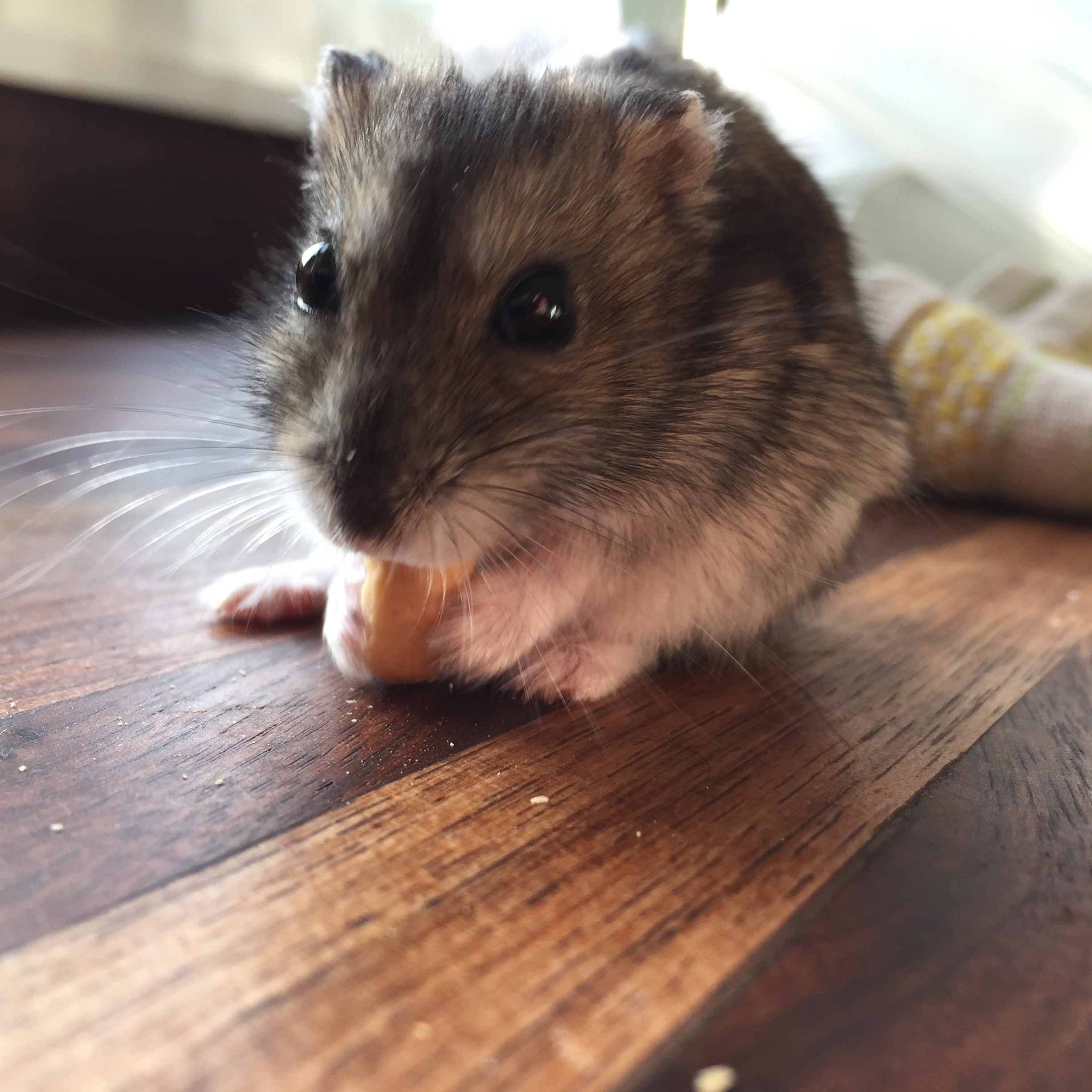 So we pulled out one of the old cages we had in the attic and JJ enjoyed a free domestic upgrade from his little plastic box under the dormitory bed. Our cage was an upgrade for sure: he had a couple of shelves and a ramp for climbing and a wheel for squeaky midnight runs–which was a good thing, as little JJ had energy to spare. We would often find him running up the walls of his cage, or hanging from one arm, body swinging. In the evenings, too, Ellie would let him run around on her bed or she would but him in the plastic ball made for rodents like little JJ to burn some calories as he rolled the ball around the floor of her room. And sometimes he would come downstairs and run around on the kitchen counter.

But the lives of little dwarf hamsters are short, by human standards at least. And after a week of apparently boundless energy this second week in August we found our little JJ curled up under his purple plastic igloo having departed this world. So long little JJ!