Last year Nan was tapped to become a member of the Keene junior Rotary club “Interact.” And this year he has logged more than forty days of community service activities. He also served on the El Salvador selection committee. His commitment earned him a slot on the alternate list for the annual trip to El Salvador and he has been hoping since November that he might make the trip.

We received word on Thursday afternoon at 3 PM that a slot for him had opened up. Rebecca checked immunizations and searched for a flight. (The kids were  leaving at 6 PM, but the chaperones at 3 AM.) Mark went to the ice rink and pulled the goalie out of the scrimmage, looked him in the eye, and said, “you have a decision to make.” Fifteen minutes later we were at the Interact leader’s house gathering up fifty pounds of clothing and other donations that each traveler  presents to the community in Talnique. Into the night we scrambled, pulling together all of the things he would need for a ten-day international trip in a tropical country. (It surely helped that Nathaniel had lived and traveled in India for the good part of a year.) And somehow, by noon the next day, he was on the ground in San Salvador.

And so Nathaniel is spending his ten day winter break in El Salvador. He is part of a Rotary group building homes for families the village of Talnique, west of the capital city San Salvador. The job is to build houses for ten multigenerational families who are eligible for free housing. The Mayor decides who will get the houses and the Salvadorians must help with the building to be eligible to receive a home The Keene Interact group has raised money to pay for seven of the houses.

The Rotary Club of Chicago was formed in 1905 by Paul Harris, an attorney who grew up in Vermont and, as it happens, attended Vermont Academy, a private preparatory academy in Saxton’s River where, as it happens, Nathaniel is considering finishing his final two years of high school. The term “rotary” refers to the practice of rotating meetings among the offices of members. By 1915 Rotary clubs were chartered in San Francisco, New York and Winnipeg, Canada, and by 1921 there were Rotary clubs on six continents. Rotary International currently has 1.2 million members in more than 200 countries around the world. The organization’s members have included presidents, prime ministers, and others such as author Thomas Mann, diplomat Carlos P. Romulo, humanitarian Albert Schweitzer, and the composer Jean Sibelius.

The El Salvadoran Rotaractors help with airport trips, hotel arrangements, buses, schedules, water rations, trips to the grocery store, and tourist trips. Also helping to coordinate the trip are the Mayor of Talnique and Rotarians Tito Mancia (who owns a nut factory nearby Talnique), and Jaime Fuente (who owns a wire cable company).  With Nelson, Jaime is in charge of getting the building materials to the 10 sites. We will report more on the trip in the coming week as we receive the daily update from the trip leader Doug Mealey. 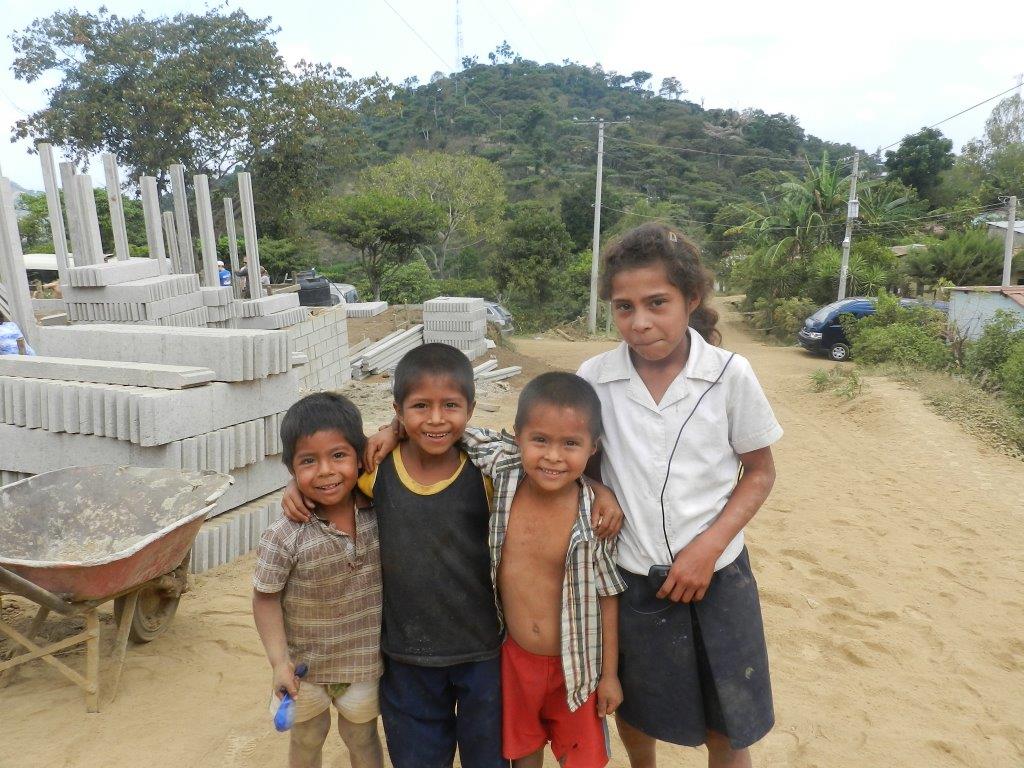 Children at the building site in Talnique