A couple of weeks ago, we recently found out, Nathaniel took a bus from Puerto Maldonado into the mountains, leaving behind the heat and humidity of the Amazon, for the higher altitudes of Ocongate. He and his group then walked for five days through the Nacion’eros, staying with host families and learning about the culture of the Quechua people who live in the central Andes.

The Q’eros Nation is an autonomous indigenous region on the Peruvian highlands made up of Quechua descendants of the Inca who settled the region during the period of the Spanish conquest. The remote communities have lived in relative isolation from the outside world for the past four hundred years, and are just recently adapting to the increasing influence of modern society. Nan and his group have been helping in the potato harvest, learning from the cultural and spiritual traditions of the Q’eros people, and traversing and sacred landscape of the Q’eros Nation. They even participated in a ritual animal sacrifice and feast in the village of Japu.

Nathaniel shared one of his journal reflections:

While laying squished between Max and a large sack of potatoes I remembered reading this quote about a year ago:

Barely enough space for the Seth, Max, and I to lay, a hard ground covered with a thin layer of hay, and a family of five sleeping less than ten feet away were sleeping arrangements far from what I am used to. This was our last homestay in our five-night journey through Nación Q’Eros and it was unlike anything I or my two companions had experienced before. The food was all potatoes. Boiled potatoes and potato soup for breakfast, lunch, and dinner. Not only was the food very different, but the tiny stone huts we stayed in were far from spacious. The struggle to communicate in a brand new language, Quechua, prompted us to use gestures that made the families laugh. Almost the whole five-day time, I felt uncomfortable or out of my element. And laying in the dark, without being about to move for fear of hitting my head on potatoes or another head, remembering this quote quickly changed my thoughts on the whole experience. I no longer was thinking of how uncomfortable I was but rather how lucky I am to be able to experience this brand new adventure. 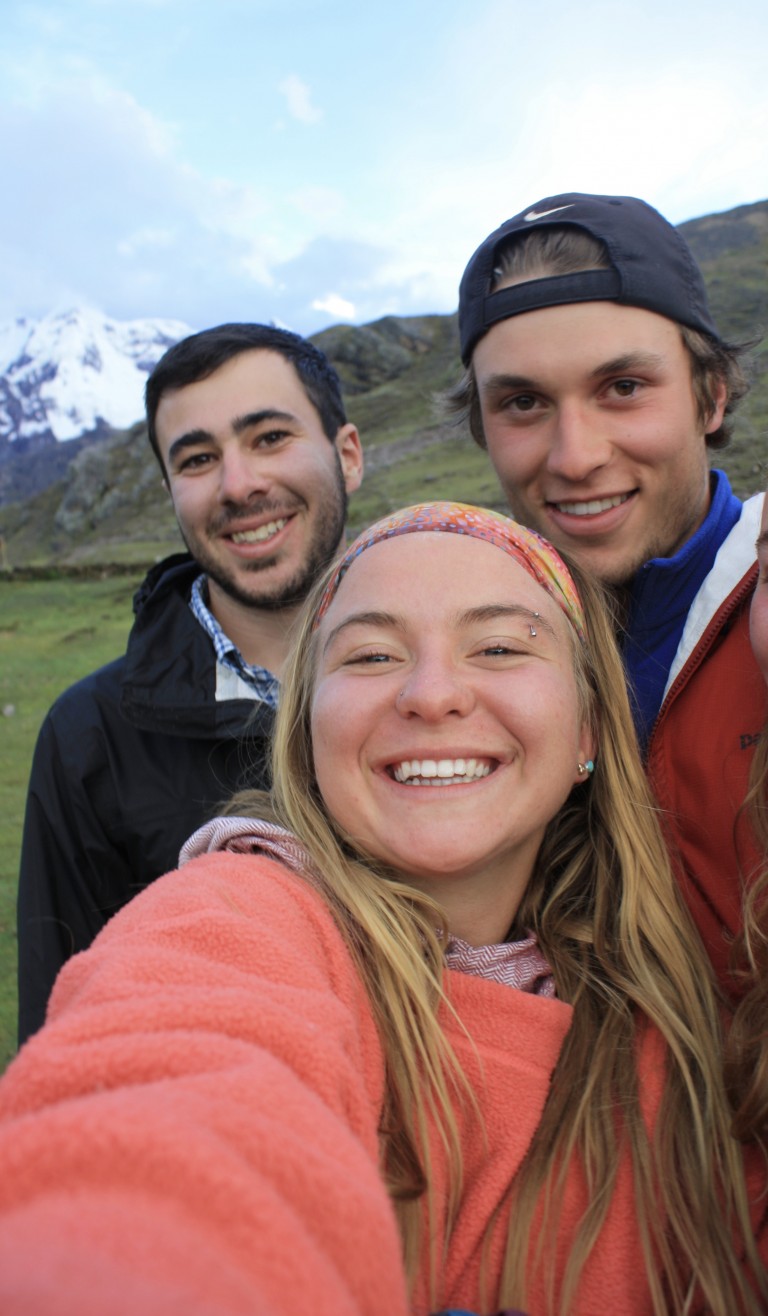 After their time in the Nacion Q´eros the group returned to Ocongate for a rest day and then embarked on a circumnavigation of the most sacred mountain in Southern Peru, Ausangate.

They climbed over passes above 5,000 meters, camped alongside alpine lakes, and enjoyed the wind and rain and blue skies in the sacred mountains. 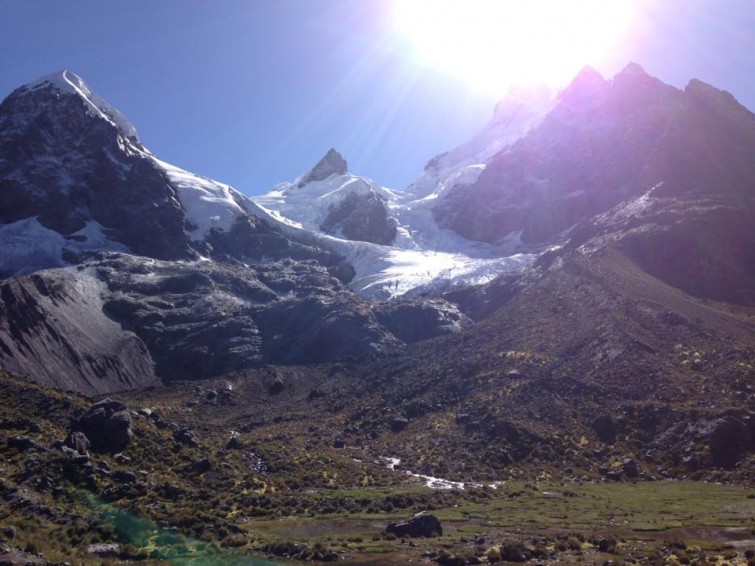 The ended their trip in the village of Pac’chanta where they soaked in the natural hot springs. They will then regroup in Cusco before heading to Machu Picchu.